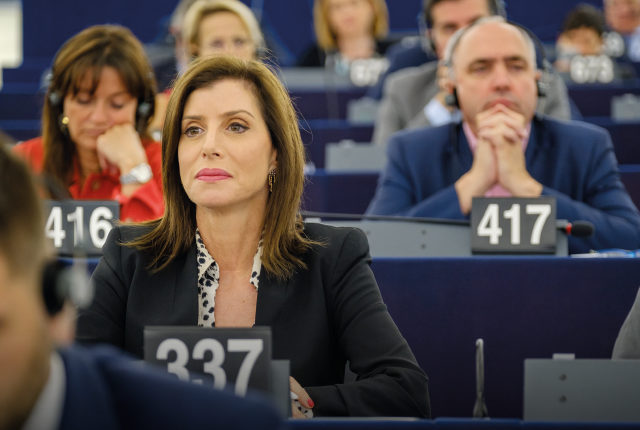 Statements on Euractiv.com about the need to adopt an “aggressive” industrial policy to protect aluminum sector

The EU urgently needs to adopt an “aggressive” industrial strategy to protect its aluminium sector, which has been under unfair pressure from both the US and China, Greek MEP Anna-Michelle Asimakopoulou told EURACTIV.com.

“There must be an ‘attack’ in the context of industrial strategy. Changes in the institutional framework of competition may also be needed. If we want to make an industry competitive, some rules need to change,” said Asimakopoulou, who is the vice-chair of the Committee on International Trade in the European Parliament.

The New Democracy (EPP) MEP continued, saying in the medium term the new EU executive needs to should strengthen the defense mechanism where required.

“To make it easier for the industry, for instance, to document that there is a competitiveness issue in the market […] not wait a year for Chinese evidence, and in the meantime, another Chinese factory has been built,” she said.

“There has to be transparency, that is, forcing China to tell us what it is doing, not looking at Google Earth to see what is happening,” she added.

Europe’s aluminium sector is of strategic importance with €40 billion turnover employing one million people in about 600 plants across Europe.

According to the European Aluminium association, in 15 years, China has become the leading aluminium producer and built an excess capacity that is five times bigger than the total European production.

Asimakopoulou said China subsidises the aluminum industry throughout the value chain, from production and processing to final products.

“It openly subsidises businesses, energy costs, grants low-interest loans and invests tremendously in infrastructure,” she said during an event at the EU House earlier this month.

“Today we had a presentation from the OECD and showed us a photo of a €100 million investment completed within a year to produce aluminum.”

She also cited another example of a €100 million Chinese investment in Serbia. “It appears to be local but behind it, it is China, which also receives a subsidy from the EU. It supplies both the Chinese and European markets,” the Greek MEP said.

On the other hand, she said, it’s US President Donald Trump’s doctrine that all trade defense mechanisms, such as duties, should be used to protect the US from China.

“So China, with all its production comes to Europe. The prices are falling, competitiveness and jobs are being lost, units are being closed, and whole regions are affected. The total loss for the domestic industry is estimated at 30%,” she said.

Contacted by EURACTIV, EU sources said the Commission is in close contact with the EU aluminium industry regarding the developments in the sector.

“We stand ready to examine any legitimate complaint showing unfair trade practices that are causing damage to EU aluminium producers. If justified, we will not hesitate to take the appropriate trade defence measures to protect the interests of European companies and their workers,” the EU sources said.